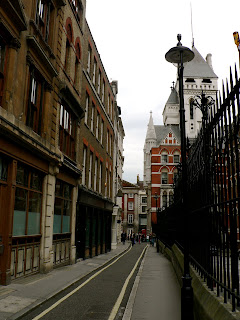 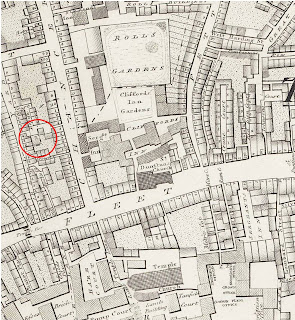 Bell Yard is shown to the West of the map, parallel to Chancery Lane. Number 15 is shown behind numbers 12 and 13, backing on to them.

View LCS Pubs in a larger map
Bell Yard is at the eastern end of the Royal Courts of Justice, unlike many of the streets in this area, it survived the building of the RCJ, the structure of the 3 Herrings, however, no longer remains.
Posted by Pub Hunter at 10:35 PM