On 30 July 1795 at a meeting of the LCS General Committe (with Francis Place in the chair) it was revealed that division 24 had requested to branch, and would meet at the "Bee hive Durweston Street York Place Portman Square." They were to become Division 38 and Salter, Wilson and Evans would be the delegates (Add MSS 27813, fos. 87v-93v). 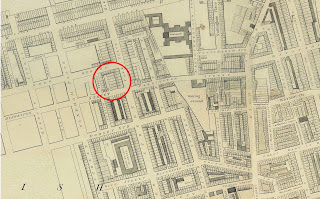 York Place is now Baker Street, and Durweston Street is Crawford Street. Currently on the site there are a number of offices and banks including The Royal Bank of Scotland, Halifax and Barclays. There is also a Bathstore. On the other side of Baker Street is the Sherlock Holmes Hotel.