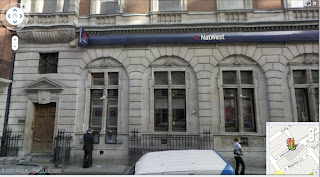 Spy Lynam attended a meeting of Division 2 on 20 October 1792, at the Unicorn, saying that between 70 and 80 persons were present, including LCS founder Thomas Hardy, who had been elected as the division delegate to the General Committee. (TS 11/959/3505; Thale 24). 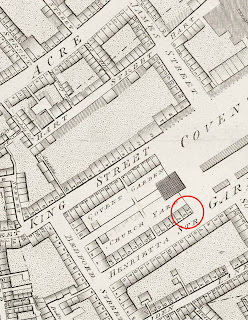 In 1729–30 No. 37, in common with most of the north side of Henrietta Street, was demolished and replaced by a house of the best second rate. The articles of agreement for the rebuilding specify a four-storey house in which the height of the rooms on the ground storey were to be 9 feet, on the second storey 9 feet 6 inches, on the third storey 8 feet 6 inches and on the garret storey 7 feet. The front of the house was to be faced with grey stock bricks and the parapet coped with stone. By this time a licensed victualler was the occupant, and from then until its demolition in 1888 to make way for the present building (now No. 34), the house was a tavern, which by 1743 was called the Unicorn. (Survey of London 36, 95-6)

According to the Survey of London 36 (1970) there had been no public house in Henrietta Street since the Bedford Estate suppressed the Unicorn in the 1880s, although in the mid-eighteenth century there were five. A Natwest bank currently stands on the site.
Posted by Pub Hunter at 11:33 PM